The Vision of Shooting 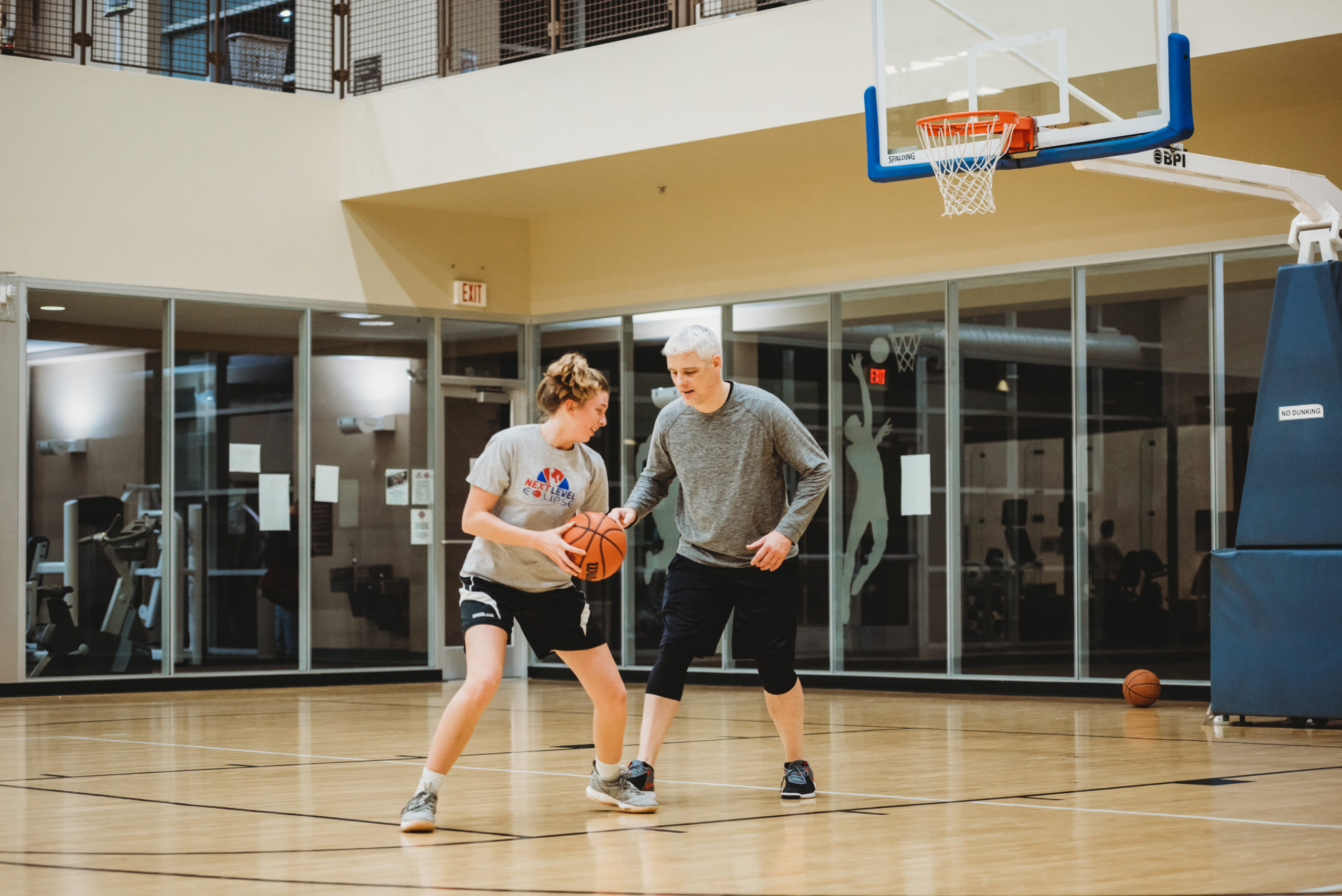 The old adage about the NBA is that it is a “make or miss league.” Which is true in a lot of respects, when you boil everything down: success in the NBA ultimately comes down to making shots.

Good shooting comes in many different forms. Watch an NBA game and you will see a variety of shooting forms and techniques. While there is an underlying set of concrete fundamentals that all shooters must have, how they implement them can vary. All players must build the proper foundation by having perfect feet set under the shoulders for alignment and stability, catch the ball with hands big, fingers spread wide and their middle finger in the middle of the ball. It is also critical to extend out their elbow above their eyes to get the ball on a proper arch to be able to use the whole rim. However, a player’s vision —their eyes— are probably the most critical aspect to shooting.

Often overlooked by players and coaches alike, vision plays a substantial role in a shooter’s ability to put the ball in the basket. While there are a variety of shots that a player can implement during the course of a game —from a lay up to a jump shot, a hook shot to a runner— multiple situations and scenarios occur in which any one of those shots will need to be executed. The ability to see and focus on the target is a common factor among all of them and it determines whether or not the basketball goes through the hoop.

Start with a scenario close to the basket with the common layup. There is a common teaching point of elite basketball instructors that “eyes make lay-ups.” What that means is a player must focus their vision where they want the ball to go first, whether it is the backboard or directly through the rim. The concept seems simple enough, but the majority of lay ups that are missed can be traced back to the player’s visual focal point. Vision is commonly disrupted by two primary reasons. The most common reason among younger players for missed layups comes down to identifying the true target. The player will visually focus on the rim while trying to use the backboard or vice versa. You can easily tell when this occurs as the ball will go somewhere in the gap between the backboard and the rim. If the player is using the backboard, they must focus their vision on where they want to put the ball off the backboard to get the desired ricochet off the glass or vice versa when laying the ball over the rim.

The most common cause of missed layups by advanced players again comes down to losing sight of the intended target, but this time by shifting their vision, even for a brief moment, to the defense or another distraction. Help defenders are constantly moving and rotating to stop and/or affect the ball from getting to the basket with their hands up, not to mention an athletic rim protector looking to block the shot into the 4th row. Players know the defense is coming for them and must train themselves to focus on the target, whether it is the backboard or the rim, and finish the shot.

As you get further away from the basket and shooting jump shots off a cut or relocation, other factors can impact a player’s ability to locate and focus on the basket. Optometrists will tell you that it is common for people to have partial blind spots and/or difficulty identifying objects when moving in one direction or the other, or shooting from a set position from one side of the floor. This significant factor can also cause players to be better shooters cutting from left to right or vise-versa, or when shooting on one side of the floor as opposed to the other. To correct, some players subconsciously will adjust their footwork and/or body position, even slightly, to compensate and, as a result, throw off their shooting sequence and mechanics. For example, a player may unknowingly have a partial blind spot in the bottom corner of their right eye which causes difficulty in being able to identify the rim when cutting from their right to their left. For a right handed shooter, this can lead to corrections that can significantly impact their shooting mechanics. As a result, the player has a much lower shooting percentage on the right side of the floor. Since they do not have confidence in their shot on that side of the floor, players will look to drive to the rim more. Seems like a logical and sound solution, however they are basically eliminating one side of the floor from which they can efficiently score, causing them to become easier to game plan against.

As with layups, shooters must also be able to visually lock in on the basket while contending with defensive pressure and other distractions. In the split second on the catch, a shooter must lock in on the basket, use their vision to align their body and aim at the basket, as well as read depth perception to gauge the needed power. The better the shooter, the more attention they will receive from the defense, especially to run them off the three point line. As the player progresses against better competition, they will also need to cut and execute quicker in order to have enough space to get the shot off. I compare it to a hurricane: on the outside of the hurricane is the storm, the high speed winds and the heavy rain. In the middle of the storm is the eye, where it is calm. Players have to get through the chaos of the storm to get their space and visually lock in on the basket to get to the calm of the eye and execute their shot in normal rhythm.

Fortunately, a player’s on-court vision can be corrected. Vision therapy drills are designed to correct and fine tune a player’s vision that can be used to correct blind spots, improve a player’s ability to quickly pick up targets, and sharpen their depth perception. Binovi Touch is an industry leader in vision training and can sharpen any player’s shooting, improve their shooting percentages, and separate themselves from the competition through improvements to their key vision skills.

Peter Gaskill is the Sports Performance Advisor (Basketball) at Binovi. Coach Gaskill is a FIBA, NCAA, and USA Basketball certified basketball coach with experience at multiple levels of competition. An athlete Alumni for Coe College’s Men’s Basketball team, Peter created Elevate Basketball Academy, an organization that focuses on developing athletes of all ages and skill levels through specialized individual training and team training. Peter has played internationally, competing in Melbourne Australia. He is a current member of the Men’s Basketball Coaching Staff at Redeemer University, Director of Basketball at Genesis Health Clubs, and is a certified educator in both the United States and Canada. He previously coached at Rockhurst University in Kansas City Missouri, and is currently studying Neuroplasticity with Professor Gregory Caremans of Brain Academy.

Binovi Announces Management and Board Changes

Binovi Technologies Files Annual Financial Statements
Previous post Eyecarrot Bringing Purposeful Powerful Vision Training to the NBATA Annual Sports Medicine and Product Trade Show
Next post Honduras-Based Binovi High Performance Sports Lab to Launch This Year Through the Efforts of Gilberto Gonzalez of Miami-Based Elite Athletes Performance and Eyecarrot Innovations Corporation
We use cookies to ensure that we give you the best experience on our website. If you continue to use this site we will assume that you are happy with it.Ok