What Does Virtual Reality Mean for Our Eye Health? 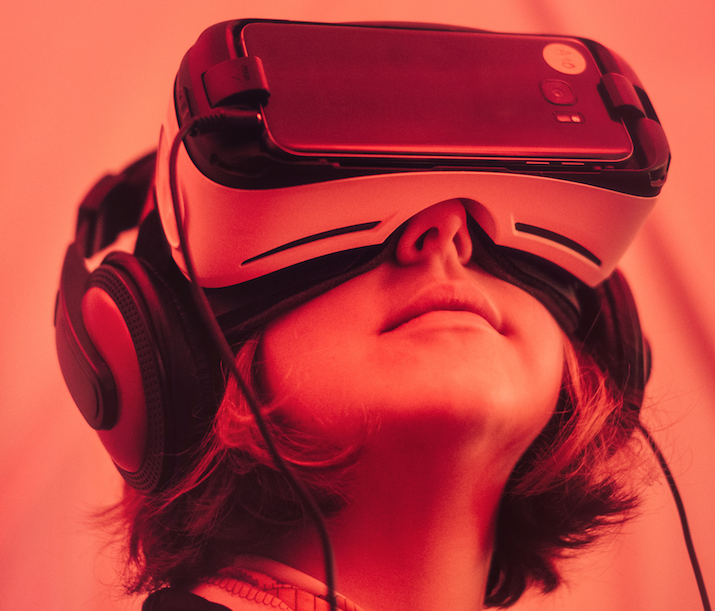 It’s an exciting time to be living on this planet. Technology is moving faster than ever and the world is communicating in new and innovative ways. Humans are mobile, wireless, and connected like never before. We’re even being transported into virtual reality. But, as we embrace all these new possibilities, there’s one question that keeps popping up: how is the human body processing all of this new hyper-connectivity?

It’s a question with high merit and few answers. Researchers are scrambling to catch up with the fast-moving technology, but its growth rate is skyrocketing. In 2010, the world had about 1.8 billion people connected online. It’s estimated that, by 2020, more than half the global population will be online.

According to world-renowned futurist Dr. Peter Diamandis, in his Exponential Wisdom podcast with strategic coach Dan Sullivan, current advances such as drone technology and satellite constellations could drive that even higher. Diamandis believes these advances could meet the basic needs of every human on the planet. And after Mark Zuckerberg announced his goal to connect the other half of the world,² who would bet against the possibility of internet connectivity for every human?

The concern about how our body processes this hyper-connectivity is logical: with more connectivity comes more screen time. Humans are spending countless hours staring at computers and smartphones. Medical professionals have long been worried about the effects of more screen time, but the concern has increased over the past few decades. Kids are spending over 6.5 hours a day on average in front of screens.³ So how are these hours affecting our vision?

“Imagine if you were at the gym and you held a dumbbell, your bicep would be extremely sore nine hours later… Same thing for your eyes, you have to take breaks to relieve those muscles.” – Dr. Christopher Starr, Associate profession of Opthalmology, Weil Cornell Medical College

The rise of Computer Vision Syndrome

Many experts connect screen time with Computer Vision Syndrome (CVS), a condition that causes painful eye strain. From blurry vision to tired eyes, the symptoms of CVS are responsible for an estimated 10 million visits to the eye doctor annually. And, according to a 2015 Vision Council survey, 65% of Americans have reported experiencing symptoms of CVS.⁴ If you consider the proportion of jobs that now require working in front of a screen all day, this statistic is hardly surprising.

Now, with the popularity of AR and VR, these health concerns are entering uncharted territory. No idea what those letters mean? Prepare yourself. The worlds of augmented and virtual reality are the latest technological frontier and it could drastically alter our knowledge of the human brain.

Augmented reality does exactly what the name suggests: it alters our current reality, “augmenting” our perception of it. Pepsi Max recently rolled out a promotional campaign that used AR at a British bus shelter, much to the surprise of unsuspecting commuters.

If augmented reality is like going to the aquarium, then virtual reality is like swimming with the dolphins. VR uses headsets that track our head and eye movements to block out our current reality and immerse us in a new one. The applications seem infinite and it’s not difficult to imagine this technology connecting us to our loved ones, transporting us into their realities. The VR market is estimated to be worth $30 billion by 2020, which might be why investments have jumped in the past 3 years.⁵

These technologies are groundbreaking and have the potential to revolutionize the way we communicate. Facebook founder Mark Zuckerberg saw the potential in VR before most, snapping up Oculus Rift in a deal worth $2bn in 2014.

“There’s always a richer, more immersive medium to experience the world. And after video, the next logical step is fully immersive virtual reality.” – Mark Zuckerberg

Will virtual reality help or harm our eye health?

But how will they impact our visual performance and Oculomotor Sensory System OMS? With its close proximity to the eyes and heightened stimulation, many people worry that AR and VR are taking Computer Vision Syndrome to a whole new level.

But no one, not even experts, know for sure. Since the technology is new, there’s no evidence suggesting that it could have long-lasting effects on our eyes. We have yet to analyze VR on a large scale, so professionals can only rely on their current understanding of visual activity.

When we experience virtual reality, our eyes focus on a fixed point while trying to converge toward nearby objects at the same time. This abnormal movement is called the “vergence-accommodation conflict”, which means that the brain and the eyes are fighting their natural reflexes. Understandably, this tires the eyes and causes nausea and dizziness. Oculus Rift, probably the most widely known VR firm today, already warns users that their devices could have a short-term impact on hand-eye coordination and balance.

Some experts believe that VR can actually be an asset in visual therapy, specifically for treatment of exotropia, a condition that causes the eyes to diverge outward. The technology forces people to use both eyes at the same time, an activity that many vision therapists replicate to treat eye muscle deficiencies.

Clearly, the effects of computer vision are still uncertain. With this movement towards hyper-connectivity comes a movement of equal importance: an increase in research and understanding of vision performance, which may come through platforms like Binovi. We need to work together – individuals, organizations, and governments – to develop systems that can collect data, analyze results, and distribute expert insights for a civilization caught between realities.

Binovi Announces Management and Board Changes

Binovi Technologies Files Annual Financial Statements
Previous post Vision Therapy, Learning Disabilities and ADHD: The Missing Links
Next post ADHD Diagnosis: Hurting Patients or Helping Doctors?
We use cookies to ensure that we give you the best experience on our website. If you continue to use this site we will assume that you are happy with it.Ok